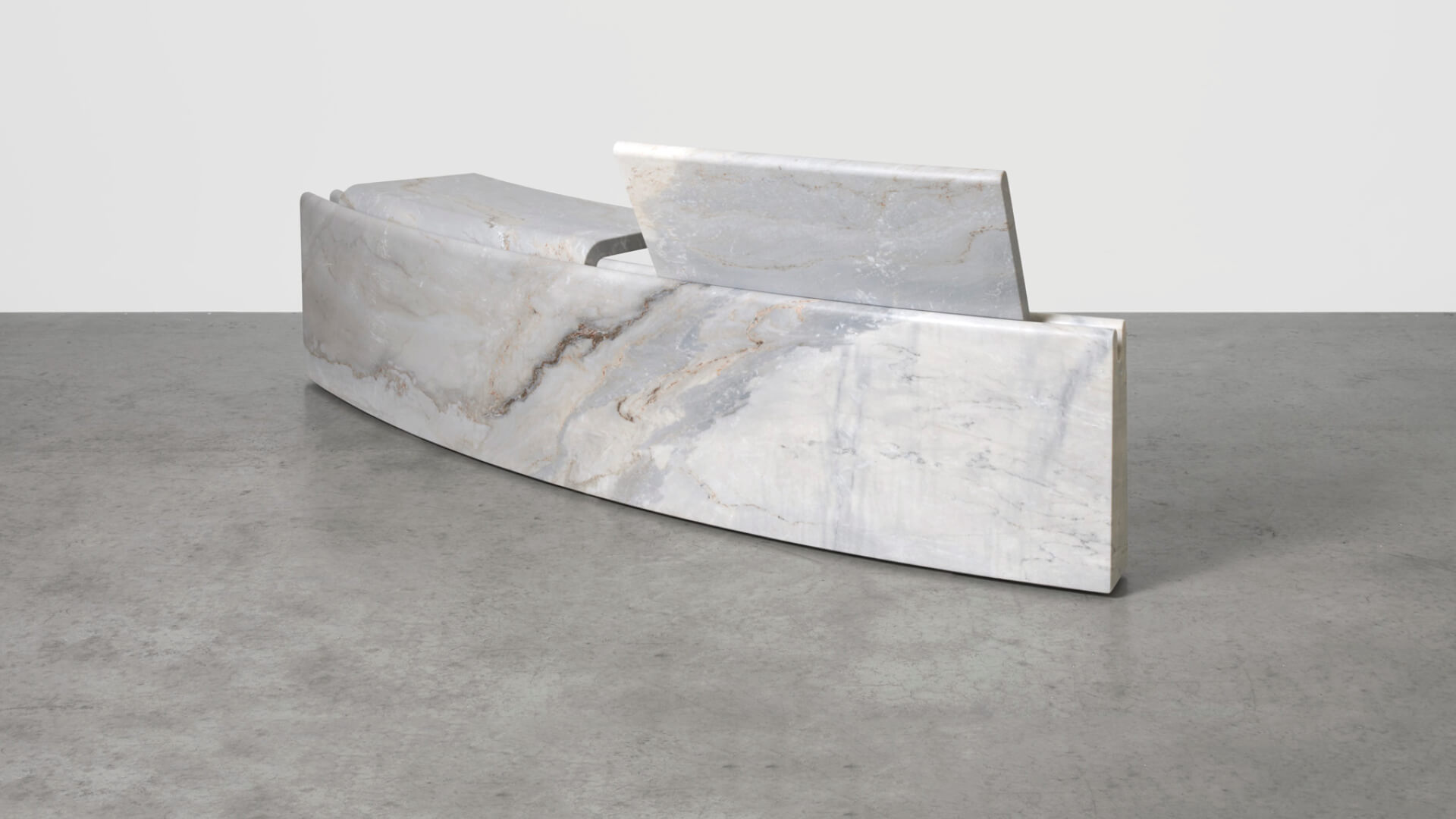 Agglomerati, a London-based firm, has partnered with furniture maker Fred Ganim from Melbourne to launch a range of functional art-objects made exclusively in stone. Known as MASS, the collection is a series of modular pieces constructed around a central radius, which is both elegant and elemental in design.The MASS series includes three sizes of the modular pieces—MASS Small, MASS Medium and MASS Large. Each piece in the series comes as a base and three separate slabs of marble that can be slotted in the base to serve as lecterns, shelves or tables. The base of MASS Small has room for one marble slab to be slotted in while the bases of MASS Medium and MASS Large can hold two marble slabs each. The pieces in the range function as both furniture and home decor elements.

Agglomerati is a furniture brand that partners with multidisciplinary artists to create functional art-objects in stone. With the MASS series, the studio hopes to bring fresh new perspectives to a time-honoured material. “MASS highlights the majesty of stone and a sense of humility is felt when you are in the presence of the large up-right planes. Additionally, the undulating forms instinctively invite tactile play and a desire to run your fingers through the grooves and across the surface. The collection explores the elemental nature of marble and our modern capacity to manipulate it,” says Sam Henley, the founder of Agglomerati.

In its first iteration, the MASS series is made using Palissandro marble, sourced from one of northern Italy’s most renowned quarries, located near Bergamo. Located in the Piedmontese district of Verbano Cusio Ossola, this quarry has provided stone to make a number of Lombardy’s most important historical monuments. Upon its extraction from the earth, the marble is cut into large cubic volumes. MASS explores the reduction of these volumes, subverting the material’s inherent behaviours. Grounded by its weight, the sheer mass of the material uses gravity as a structural force, cantilevering a system of moveable shelves so that they appear to float parallel to the ground.

Each piece in the MASS series is crafted by Agglomerati’s team of artisans using state-of-the-art technologies and age-old techniques. MASS is an open series that can be manufactured in different sizes and in a number of other Italian marbles. This experimental collection is not meant to look like furniture in the traditional sense. Its goal is to challenge the notion of what furniture should look like and encourage people to inhabit spaces and interact with objects in new ways. “Forces are at play. Not only expressed through the stones’ qualities and the resolve of the joint, but also in the tension between eye and hand,” adds furniture designer, Fred Ganim.

This multifunctional collection is a celebration of marble and exhibits a minimal design aesthetic. At first glimpse, the pieces in the MASS series look like random slabs of marble but look closely and they transform into a ​​lectern, shelve or a table. This minimal collection is apt for compact places such as city apartments, small offices or tiny verandahs. Its functionality depends on the way the marble pieces are slotted in the base. Moreover, the collection is easy to use and store as the marble pieces can be easily joined and disjointed without the use of any tools.